con, a religious image, an image or symbol. A fluid looking pile of clay lies at the foot of the wall. Within this mass is the visible trace of a handful of clay that has been removed, the removed clay has been used to make the crucifix that hangs above the mass on the floor. The refinement of the material to produce an object of worship refers to humankind’s ability to raise itself above its immediate environment and question its position within it. It reflects our desire to create belief systems that try to make sense or give meaning to our lives

The instantly recognizable image is threatened by absorption into the nature that it originated from. The religious image of suffering and death reminds us that we are all in the process of returning. 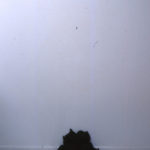 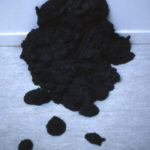 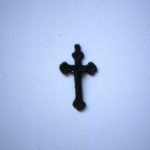 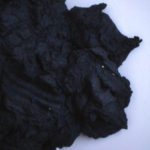